Tino back at training 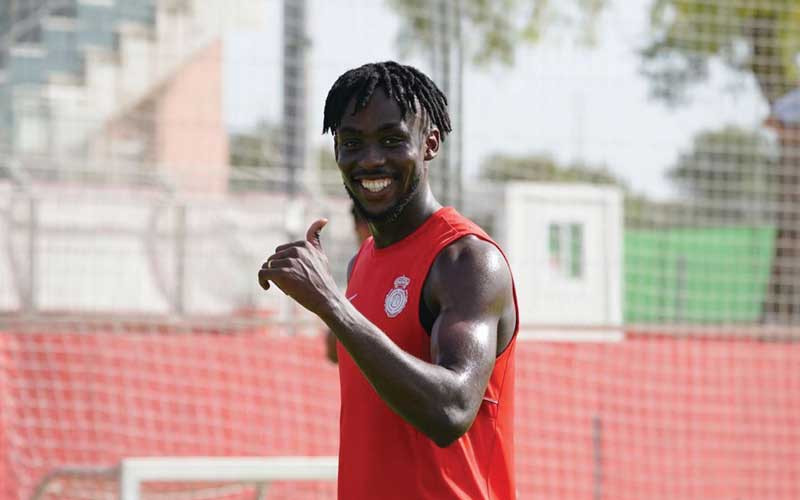 ZIMBABWEAN international soccer star Tino Kadewere is back at full training following a two-month injury-induced lay-off, boosting his chances of transforming his loan deal into a permanent switch to La Liga side, Mallorca.

After a difficult year at Lyon last term, Kadewere got the fresh start he had been craving for after he was loaned from the French side by the Spanish team, but prospects of a permanent stay suffered a major blow after he suffered a muscle injury as he neared his debut.

He had been tipped to make his debut in a match against Real Madrid only for him to encounter the setback days before the big match.

There was, however, a silver lining after the MRI scan with both Mallorca and Lyon deciding that the striker did not need surgery.

He was expected to be out until December but this week confirmed having started training with teammates.

The match against Villareal tomorrow might have come too soon for him but his team will play Atletico Madrid on Wednesday, which will be their last piece of action before the Fifa World Cup break.

Mallorca will only return to league action on the last day the year when they travel to Getafe for a league match.

It is possible that Kadewere could miss the next two matches, but his return to training is a big boost considering reports that Mallorca were considering returning him to his parent club after the injury. He will get an opportunity to showcase his talent to coach Javier Aguire. The former Harare City forward joined RCD Mallorca’s full training on Thursday.

Before he was injured, Kadewere had missed the  match against Girona as he was yet to secure his work permit.

Posting on his Instagram page, Kadewere said: “Give thanks to God for his amazing work. So happy to be back with the guys    #INGODWETRUST #GODABOVEALL #HAPPINESS @rcdmallorcaoficial.”

The former Le Havre forward said he had been starved of game time since the sacking of Rudi Garcia.

If he finally makes his debut, he will become the first Zimbabwean to play in the Spanish topflight and all hope is that his presence there could yet open doors for other Zimbabweans in that league.

The Warriors forward has had the misfortune of injuries having been sidelined for several weeks last year, which affected his form when he eventually returned.

Kadewere won the 2019/20 coveted golden boot in the French Ligue 2 when he was in the books of Le Havre.

During that season, Kadewere scored an impressive 20 goals in 24 games for Le Havre, which all but triggered Lyon’s interest.