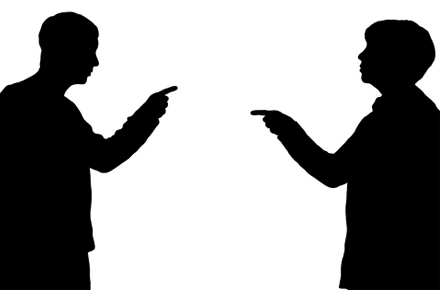 Be smart, be clever, be bright, be switched on, be witty, and we can get away with any underhand activity or endeavour, is the intended message and one which is also still being promulgated here in our midst today.

By Tim Middleton In the hugely successful comedy by Oscar Wilde entitled ‘The Importance of Being Earnest’, first performed in 1895, the central character Jack declares “I am sick to death of cleverness. Everybody is clever nowadays. You can’t go anywhere without meeting clever people. The thing has become an absolute public nuisance. I wish to goodness we had a few fools left.” When told that there are some such fools around, he wonders what they talk about, to be advised by his friend that the fools talk about “the clever people, of course”. Jack’s response is brief: “What fools.”

The whole play centres around how foolish the ways of the generally-accepted educated people often appear, with the characters pretending to be someone else and presenting the notion that appearing to be earnest in all matters is all that matters. Clever sound-bites are intended to cover a multitude of sins, as when the main character states that “If I am occasionally a little over-dressed, I make up for it by being always immensely over-educated.” Be smart, be clever, be bright, be switched on, be witty, and we can get away with any underhand activity or endeavour, is the intended message and one which is also still being promulgated here in our midst today.

It does perhaps make us ask ourselves about our education system. Are we making up for our failures by blaming it on our education? Is it underlining the importance of being clever? If so, clever at what? At being dishonest, devious, selfish? The characters in the play, we discover as the play goes on, lead two different lives: on the surface they appear highly respectable, educated, moral and responsible but at the same time they lead a double life where they can and do misbehave. Such a picture can surely describe the lives of many children at school, now and indeed all through history (including, no doubt, most of us). We hear another character pronounce “I hope you have not been leading a double life, pretending to be wicked and being good all the time. That would be hypocrisy.” Normally we see people pretending to be good and yet being wicked all the time. We laugh at the cleverness and humour of these words but surely cry at the meaning and the implication.

Elsewhere in the play, we hear that “In matters of grave importance, style, not sincerity, is the vital thing.” It is another clever saying, one at which we smile because of course we recognise the absurdity of such a comment and yet it is exactly how society does operate, even now, over a hundred years later. It is all about putting on an act, with the cleverness being found in knowing how to appear. The main character, Jack (who in his double life calls himself Ernest), confesses to his beloved lady, Gwendolen, that “it is a terrible thing for a man to find out suddenly that all his life he has been speaking nothing but the truth. Can you forgive me?” Gwendolen in turn shows a similar mocking attitude by responding, “I can. For I feel that you are sure to change.” She jokingly accepts that it is fine for him to return to his deceitfulness. We laugh, yet society does the same; or rather, perhaps we laugh because society (supposedly clever intelligent people) now still does the same.

Are we sick to death of cleverness? We are indeed surrounded by clever people today, educated people, people with degrees, Masters and doctorates; we have pushed academic study for years yet all it has achieved is to make people clever enough to cover up their misdemeanours, to lead double lives of respectability and irresponsibility, but with what effect? We are all earnest, no doubt, and clever, but that does not appear to have helped us or indeed the world in which we live.

The character Lady Bracknell declares that “I do not approve of anything that tampers with natural ignorance. Ignorance is like a delicate exotic fruit; touch it and the bloom is gone. The whole theory of modern education is radically unsound. Fortunately, in England, at any rate, education produces no effect whatsoever.” Is our theory of modern education radically (and morally) unsound? Is the education that we are offering today producing any effect whatsoever? Is being clever all that important? We need to continue to be earnest in our approach to education but being clever is not really important (while being important is not being very clever) just as being earnest is not enough. Relevance is more important than importance; importance is a sign of ignorance. Effectiveness in the real world is the true examination. We do not wish our children to be ignorant of that. The education we offer is not making our world any better. Is that fortunate? Who then are the real fools?

They also went to school once
We considered how our education system would appear to be failing, as all we seem to be producing are clever criminals.
Standard Education
By Tim Middleton
Feb. 5, 2023