Hwange: The cradle of Nambya heritage 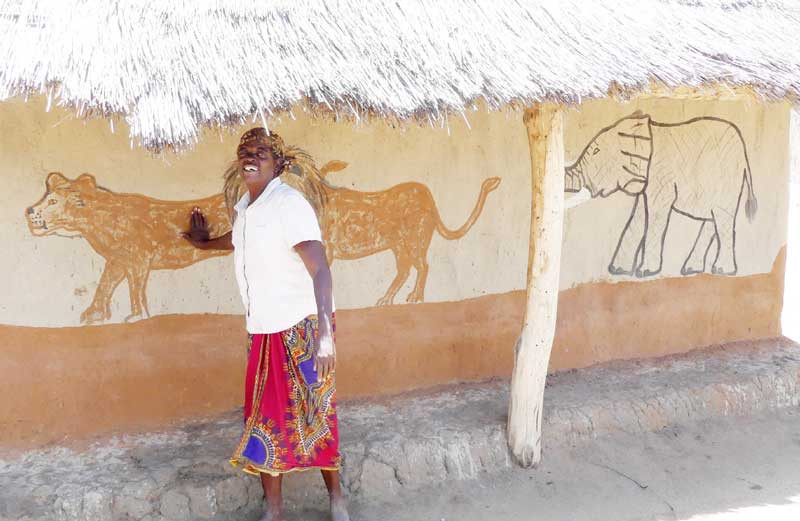 Hwange district is well known for being home to the country’s largest animal reserve, which incidentally bears a similar name and is a favourite with various animal lovers both local and foreign.

The region is also the country’s prime tourist resort area, courtesy of the Victoria Falls — one of the world’s largest waterfalls as well as a world heritage site.

Hwange district, which is situated in Matabeleland North province was recently “adjudged” to be the only   administrative region in the country that has more than 40 dry stone buildings popularly known in archeology lingo as “ruins” whose genealogy has been traced to one particular tribe.

According to archeologists and researchers, Hwange might have the largest concentration of ruins within southern Africa, which is, however, not fully documented.

It is reported that Zimbabwean type of dry stone buildings are of a regional socio-cultural and political development with similar sites also found in parts of Botswana, Mozambique and South Africa.

More than a year ago, Yours Truly at the inception of this Travelling and Touring column wrote “extensively” on how the Nambya tribe came to settle in the then Wankie district following their migration from the Great Zimbabwe Monument during the 16th century under the kingship of Sawanga.

The nitty-gritties of Nambya migration from Great Zimbabwe were also covered in previous Travelling and Touring columns as well as their travel where they are reported to have settled in Bulawayo before moving westwards passing through Lupane and temporarily settling in the Chief Pashu area, Binga.

Oral tradition states that they later moved eastwards of the Pashu area and finally settled in present day Shangano area, which historians  believed to be the  first Nambya capital or palace within Hwange.

However, with the latest carbon dating methodologies, this might prove the opposite as far as construction of Shangano Ruins is concerned viz-a-viz oral tradition.

Yours Truly recently came up with a research project on Zimbabwean culture and the Nambya state in northwestern Zimbabwe.

Without letting the cat out of the bag, the document has interesting twists and turns in terms of archeological heritage sites location, especially within Hwange whose findings are quite interesting as far as the Nambya history is concerned.

This research was complicated by past minimal archeological research on ruins situated in this part of the country especially Shangano, Matowa and Bumbusi who were considered to have been palaces and capitals of Nambya state.

However, significant progress has been made even though the project is still ongoing and some of the major highlights include findings that Shangano was occupied from 14th to 19th Century courtesy of carbon dating technology.

To the uninitiated, carbon dating is a process of determining the age of old material such as an archaeological or paleontological specimen by means of the content carbon 14 and it is considered to be the most effective way of age determination.

It was also discovered that most sites are in need of urgent mitigation measures as most walls had collapsed and this requires intervention by National Museums and Monuments of Zimbabwe as well as local communities.

It was also discovered by research teams that Nambya capital sites of Bumbusi, Shangano and Matowa continue to be held sacred with more emphasis on rain making spiritual aspect.

A documentary titled The past in the present has already been produced and shown to local traditional chiefs as part of information dissemination programme concerning Nambya heritage and culture.

Plans are also at an advanced stage for this particular documentary to be aired on national television as well as primary and secondary schools and other related institutions within the district.

All these research efforts also seek to promote the tourism industry and have to be commended. In the past  the area has not received much archeological attention. Now  that the district has the largest number of monumental structures which are all attributed to a single tribe, more attention must be given to Hwange.

More on such structures and how they came into being to be covered in forthcoming columns.