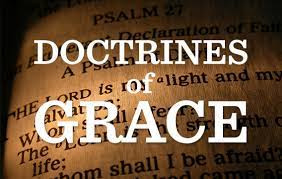 The application of grace is a prerogative vested in the hands of the Lord our God or His Son Jesus Christ. No one should claim and preach that it like a human right, in resemblance and in practice. While the grace of God is abound, this privilege applies to some selected groups of people under particular circumstances. While anyone may qualify in some instances to enjoy the grace of God, it will never get to a point where it can be treated as a human right in our religious circles. Jesus Christ may have died on the cross for the atonement of our sins; it does not then mean humanity is free to commit sin based on that, or on the pretext of our misapplication of grace as an instrument to wash away our sins. It is like hiding behind a finger.

Everyone of mankind can distinguish what is good or bad of our deeds, even in the absence of any specified law. We all know what is right and what is wrong. If we choose to do the wrong in our actions in society, then we are in violation of righteousness. Any of our bad acts can be termed as a sin if it reflects any evil intent, whether there is a law to it or not. Knowing what is bad from the good places all of us under the law of our human consciousness. As we are created in the image of God, that human ability to tell what is good or bad places us at par with the Lord in the identification of right or wrong. That is why our Creator decided to write down what was already in our human conscience, just to highlight what we already knew. Most of God’s commandments speak of what humanity envisaged to be good or bad. Stealing, unjustified killing of someone, adultery, envy etc are things long before implanted in our human minds as acts of evil. There may be things which God may require us to be add to our normal life, but most of God’s laws emanate from our own conclusions of human thinking.

To then hide our bad deeds under the disguise of the enjoyment of the grace of God makes a mockery of our own human ability to distinguish between good and evil, and for us to refrain from sin. We cannot rub off our sins merely under the cover of grace. Such an analogy is an instrument of the devil, Satan. He operates in disguise, using some of our Christian folks to advance his agenda. It is understandable that the doctrine of grace has its roots mostly in the New Testament scriptures. Apostle Paul predominantly preached and wrote about the grace of God after having had personal experiences that changed his life.

Scriptures tell us how at first Paul was in the forefront of persecuting the early Christians, and was ruthless in manner. Acts 9:1-9 describes how the Holy Spirit blinded him to force him to abandon his bad deeds. Jesus Christ then appeared to a disciple named Anani’as to go and restore Paul’s sight with these words; “Go, for he is a chosen instrument of mine to carry my name before the Gentiles and Kings and the sons of Israel, for I will show him how much he will suffer for the sake of my name (Acts 9:15-16)”. There is an element of grace application for his previous deeds. There was an exchange of his roles from being a tormenter of followers of Christ to being a victim of Christian persecution. The Gentiles were people who did not know the God of Israel or His commandments (the law), nor did they know about His Son Jesus Christ. The Kings and Sons of Israel knew about the commandments (the law) but most of them had some reservations about Jesus Christ. This meant that Paul’s assigned mission was made very complicated because he had to preach to both those who knew about the law (sons of Israel) and those who operated outside of the law (the Gentiles). In 1 Corinthians 9:19-23 he lamented of this hardship and of the different roles he had to play. He wrote: “For though I am free from all men, I have made myself a slave to all that I might win more followers. To the Jews I became like the Jews, in order to win Jews; to those under the law I became as one under the law, that I might win those under the law. To those outside the law (the Gentiles) I became as one outside the law-not being without law toward God but under the law of Christ – that I might win those outside the law. To the weak I became weak, that I might win the weak. I have become all things to all men, that I might by all mean save some. I do it for the sake of the gospel, that I may share in its blessings.”

It is very clear from the lamentations of St. Paul that he tailor-made his gospels in accordance with the virtues of his targeted audiences. Some of his gospels carry conflicting messages one from the other, for the sake of suiting with the religious inclination of each of the different people who followed different religious viewpoints. Most of his letters to the various religious destinations reflect this scenario. Unfortunately a big number of our Christian fraternity has embraced some of Paul’s different gospels into one specific doctrine or other. The doctrine of grace was especially earmarked for the Gentiles, who neither knew the God of Israel nor the law. It is very clear that those who vociferously cling to the ideology of grace are the “Gentiles of our time”, as they also claim not to be under God’s law. This religious habitant is prone to be used by the devil an instrument to work against God and the law under the pretext of following the scriptures. The urge people not to abide by the law, thus removing people’s hearts from the Lord our God.

Paul writes to the Thessalonians about those who preach and roam the world against the law; “Don’t let any deceive you in any way, for that day will not come until the rebellion occurs and the man of lawlessness is revealed, the man doomed to destruction. And the lawless one will be revealed, whom the Lord Jesus will overthrow with the breath of his mouth and destroy by the splendour of his coming (Thessalonians 2:3, 8)”.