Mapeza optimistic ahead of DeMbare blockbuster 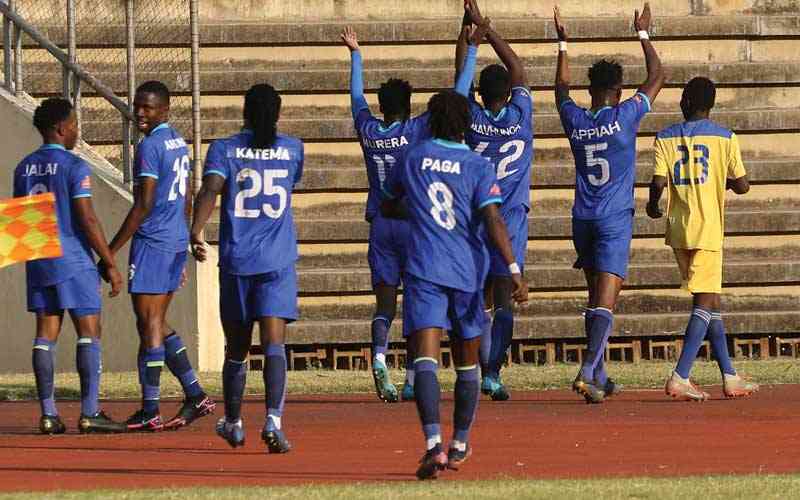 FC Platinum gaffer Norman Mapeza is optimistic of proceeding to the semi-finals of the Chibuku Super Cup when his charges collide with Dynamos at the National Sports Stadium in Harare on Sunday.

FC Platinum remain unbeaten in their last 15 games in all competitions, with 12 wins and three draws.

Despite the good run, Mapeza is wary that Dynamos could burst their bubble as they aim to collect all silverware available this season.

DeMbare on the other hand are built on going direct, yet equally tight at the back.

This is one match you can not put your money on seeing an avalanche of goals, yet it always produces high entertainment value.

There was no winner when the two teams clashed in the league, however this time around there has to be a winner who proceeds to the semi-finals.

“I can’t complain, everything went well. At least this week have an extra day to train. This is a massive opportunity for us to be in this position playing against Dynamos on Sunday but we have to keep the same mentality,” Mapeza said in his weekly media address.

“Cup games are a little bit different from league games, but if we carry on with the same mentality and desire I will be happy.”

They will however, be without Innocent Mucheneka and Nigel Makumbe who remain sidelined due to injury.

“[Innocent] Mucheneka and [Nigel] Makumbe started training this week but I doubt they will make it to this coming game. Except for theses two, everyone is very fine,” he added.

On the other hand, Dynamos will be on a revenge mission having been bundled out of last year’s edition by FC Platinum.

They also met in 2015 and DeMbare dumped FC Platinum out of the tournament, courtesy of a 7-6 win on penalties in the last eight.

Sunday’s clash will be their third in the competition, with both teams also running for the league title.

For Dynamos, who trail FC Platinum by eight points with seven matches to go in the league, the quarter-final clash is a do-or-die affair as it appears like the only realistic opportunity for them to collect silverware.

“It’s a match we want to do well, obviously in terms of performance, but after playing well, we want to win and progress to the next round of the competition,” Ndiraya told a Press conference in Harare early this week.

“We understand what is at stake. We know what the opponent brings to the table. We have been preparing hard because we know we are going to work harder to get the result we want. We are going to suffer the pain and hopefully, it will take us through to the next round.

“I understand we have played two goalless draws recently and it’s making the whole match exciting because there has to be a winner. We are going to put everything into it and hopefully at the end of the day, we will be victors. It’s a big match where both teams have not tasted defeat for some time in the league, although for FC Platinum, it’s longer than us. We have done very well in our own right,” he said.