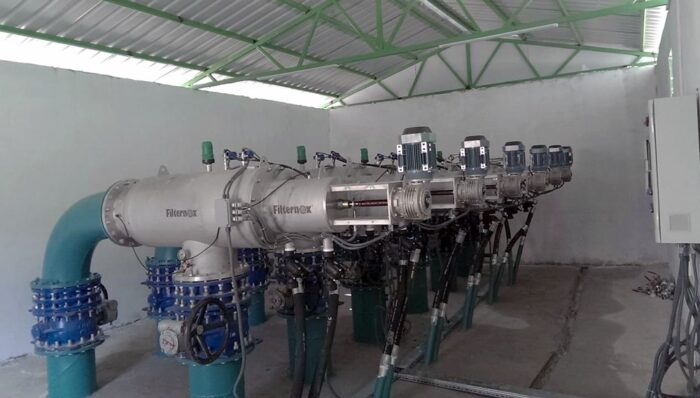 So far Grindale’s mobilisation has used more than USD $3.4 million which is more than the government’s deposit.

By Desmond Chingarande A company contracted by the government to construct Vungu Dam Water Treatment and Irrigation project, Grindale Engineering Company has assured the Parliament that they have already catching up with the implementation of the project which was lagging behind for almost five months.

Speaking on the sidelines of the Parliamentary Portfolio Committee on Lands and Agriculture tour yesterday, Grindale Engineering Managing Director Grison Muwidzi said the project is behind schedule because of funding challenges adding that they have used their own funds to finance the project.

“By now we were supposed to be given USD$ 8.7 million as a deposit from the government but we only got USD $2.4 million.“

So far Grindale’s mobilisation has used more than USD $3.4 million which is more than the government’s deposit.

Muwidzi said they had been struggling with the mobilisation of the funds until in May this year.

“We also used our own money which is more than USD$800 000 because we believe in this project. I am motivated by the fact that it’s a national project and l am a nationalist and there is nothing satisfying than doing a national project as a nationalist. I am also driven by the passion of being an engineer with experience so as a critical stakeholder, it is also the role of stakeholders to support the government’s initiatives and that’s the reason why we are using our own funds.

“With the way we have mobilized the funds, we think we can go a long way and we should be able to catch up within a month then we are good to go,” he said.

According to the Zimbabwe National Water Authority, (ZINWA) acting Chief Executive Officer Takudza Makwangudze, the government is overwhelmed hence the delays in payments for the remaining deposit.

Makwangudze added that the contactor showed capacity when they tendered their bid hence the use of their own resources for the mobilisation of the project while waiting for payment.

“The contract signing was done around 28 December 2021 and the site handover was done on the 30th of December. The contractor mobilized quickly, he did the clearing of access roads and the footprint of the dam, and he performed beyond what we expected.

The acting Zinwa CEO said this will allow site mobilisation and start of work, saying for this particular project, he applied as per contract ten percent of the total price which is USD$8.7 million according to the contract.

Makwangudze acknowledged that the contractor was not given the the advance payment in full hence the delay but said he should proceed with the project as they negotiate with the government to release the funds.

“We all know government is overwhelmed with a lot of competing needs and we understand, so we are negotiating with that understanding to the contractor that he must do his works with whatever he has and submit certificates to the government so that he can be capacitated,” he said.

“As what has prompted the visit by the Parliamentary Portfolio Committee, it was our own report indicating that we are not happy with the project at Vungu, it’s at two percent and it’s up to the contractor to explain himself but we can see the reasons are clear because he will require an excess of $10 million for him to fully establish the site.

“As it stands, he is behind but he has given us assurance because we ended up writing a letter to him to say he is not performing and he responded, there is a letter, which shows the strategies that he is going to put in place and that’s the reason why you are seeing a lot of equipment here including hired, and it’s allowed because a bidder can win a contract through hired equipment and its allowed as long as he declared that it’s hired,” Makwangudze said.

“He has also brought in his own equipment which he bought for this particular project and this gives us hope that he is likely to resurrect and catch up with progress,” he said.

The resident engineer for Vungu Dam Funwell Zivave said the completion of the project will be determined by the availability of resources.

“Once complete, the dam is going to irrigate three places, in Silobela District which are Nthobe, Nyakwathi, and Sikunyana area and these are under two chiefs.

“The completion will depend on the availability of mainly financial resources because as far as l see, the contractor has already mobilised and if funds are availed, we will be able to complete the project within the targeted period,” Zivave said.