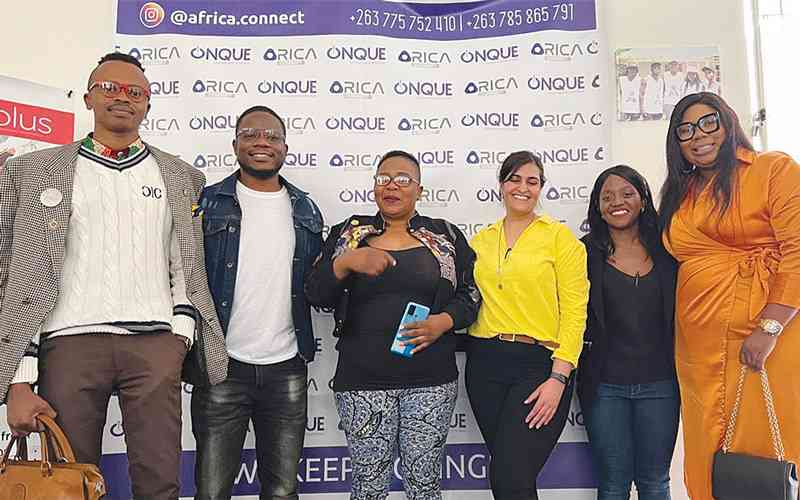 A photo at the launch of both companies

TWO new kids on the entertainment block, OnQue Communications and Africa.Connect have entered the world of showbiz following successful launches at Open Eye Studios in Bulawayo over the weekend.

Speaking at the launch of the two companies, Africa.Connect spokesperson Natasha Machara said a new dawn had arrived and it was time to move up the stairs in the showbiz industry.

In a follow-up interview after the launch, Machara told NewsDay Life & Style that their role was to connect artists to other agencies and productions that may seem to be out of reach.

“Basically, we are here as service providers to the artists, that include but not limited to actors, presenters and models. OnQue will be specialising in film and television production,” she noted.

“We will also tap into commercial adverts, so we are keeping an open mind and we want to work with as many people as we can. Give us the work, we are ready.”

Machara revealed that OnQue is already cooking up a television series and pre-production is now at an advanced stage.

“We will work with a number of production houses and actors. We are keeping an open-door policy. I am proud to have opened this company as I have created employment as well, and hopefully will continue creating employment as the company grows,” she explained.

Guest speaker at the launch, socialite and banker Tayesa Banda said the new “babies” were a welcome refreshment.

“The market is big, and it is necessary to have a youthful public relations company. You guys have a responsibility to expose these artists now and connect them with people from other cities and other countries,” Banda said.

“Public relations are everything in any career, relations can open so many doors and take you to places you never imagined in life.”