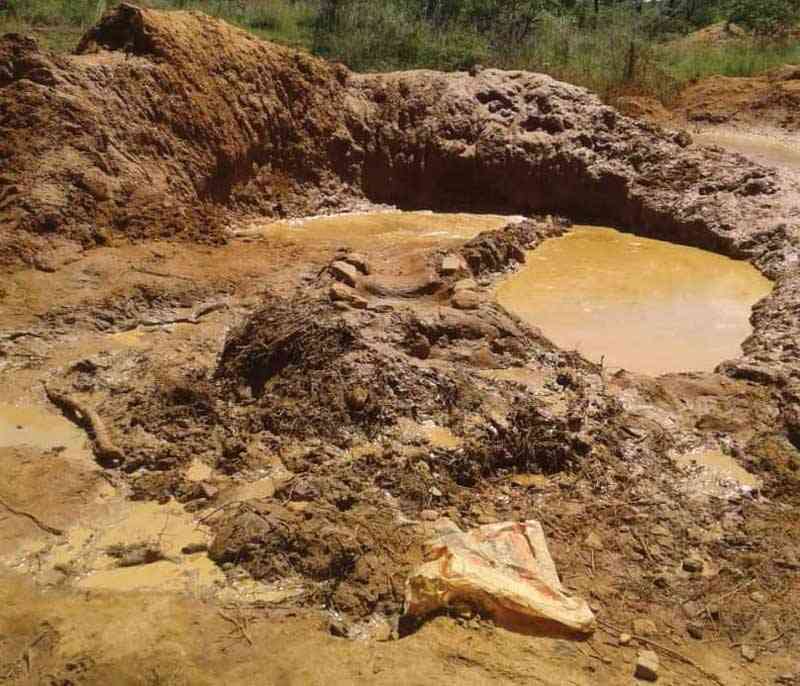 Bulawayo residents are already going for days without the precious liquid owing to a tight water rationing regime.

A latest council report laments the presence of illegal gold panners at catchment areas for the city’s supply dams.

The report concedes that municipal rangers are losing the fight to the illegal gold panners, who will also be armed with dangerous weapons.

There are rich gold deposits in Umzingwane.

In Woodlands, council said illegal mining activities were being conducted at about 1 km off the Ncema Treatment Works access road.

"The illegal mining activity was observed on the servitudes of the Flowserve, Sulzer and the 30inch clear water pipelines from Ncema Treatment Works to Fernhill Booster Station," read the minutes.

"The closest mining shafts were 5m and 11m away from the pipelines - within the 30m red-zone reserved as servitude for pipeline activity, repair works and maintenance.

“Shallow mining shafts of about 2m and less, were noted on either side of the lines and increasing in number."

The report revealed that a syndicate was conducting mining activities on the pipeline servitude carrying the bulk mains from Insiza and Inyankuni to Ncema Treatment Works.

"A letter was then written and signed by the town clerk instructing the Three Brothers Mining Syndicate to stop mining on the council’s bulk main servitude and was served to them on 06 July 2022," the minutes added.

"The claim owners received the letter and after investigations by both parties, the claim coordinates were discovered to be actually off the servitude with one of the pegged beacons lying on the outer fringes of the servitude for the Insiza line.

“The owners agreed to not conduct any more activities on the shafts and to conduct their activities 30m away from the noted beacon.

“Engineering services together with the Ncema based council rangers from the land inspectorate section of the housing and community services department were seized with the matter of having the concerned individuals stop their nefarious activities.”.

The gold paning activities were not only a threat to the dam and the resultant water supply but were causing environmental damage, damaging abstraction equipment and polluting the water.

During debate councillor Sikhululekile Moyo sought clarity on the measures in place to curb illegal mining.

City fathers said dialogue with the illegal miners was necessary, with Bulawayo mayor Solomon Mguni saying serious consideration on the matter was urgent.

Town clerk Christopher Dube advised that the illegal mining activities had gone out of hand and environmental degradation was at its worst.