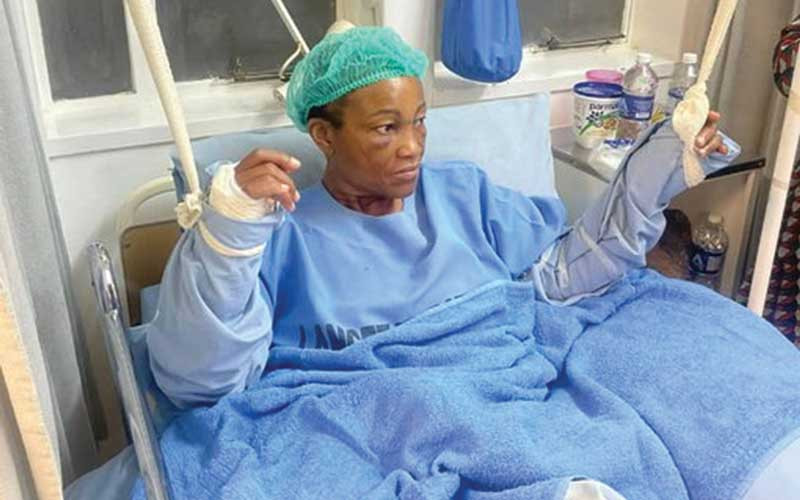 FORMER State Security minister and top Zanu PF official in the Midlands province Owen Ncube has threatened a bloody 2023 election campaign reminiscent of the 2008 bloodbath to ensure the ruling party wins at all cost, according to an audio which has gone viral.

This comes at a time when the main opposition Citizens Coalition for Change (CCC) party has accused police of failing to stop the renewed brutal attacks on its members by suspected ruling party and State actors ahead of the do-or-die polls.

“You have been told that 2023 will be worse than 2008. We will not just leave you while you are selling out,” said Ncube who was fired as State Security minister in January this year for “improper conduct” and fanning violence during Zanu PF’s provincial elections in the Midlands province.

Ncube’s chilling threats came on the backdrop of a surge in cases of politically-motivated violence against CCC members.

Some CCC supporters were attacked and stripped naked over the weekend, while campaigning for their candidate ahead of tomorrow’s ward 2 by-election in Matobo, Matabeleland South province.

On Monday, Bulawayo Proportional Representation MP Jasmine Toffa was among CCC supporters who were attacked, while conducting campaigns in Insiza in the same province.

Speaking during a political violence discussion held on a local radio station on Wednesday, CCC spokesperson Fadzayi Mahere said Zanu PF would never win an election without resorting to violence.

“We saw it in 2008 and we are starting to see it again and it doesn’t start with the violence itself. It starts with the incitement. We do condemn the selective application of the law and the abuse of State institutions including the police service by Zanu PF where our rallies are banned,” Mahere said.

Contributing to the discussion, national police spokesperson Assistant Commissioner Paul Nyathi, however, accused political parties of failing to cooperate during their investigations.

“Political parties should co-operate with police because yes reports can be made but if we don’t get the necessary co-operation from political parties, we will have challenges in terms of conducting investigations,” Nyathi said.

Speaking during the same chat show, Zanu PF information director Tafadzwa Mugwadi acknowledged the presence of political violence, but claimed it was on the decline.

“If you look at these cases compared to what we had in the past, we appreciate that cases of politically-motivated violence have decreased in the second republic,” Mugwadi said.

He also denied claims that Zanu PF members were the main perpetrators.

Crisis Coalition of Zimbabwe spokesperson Blessing Vava said: “The signs of a bloody election are now there for all to see. It does not need rocket scientists to tell you that. Zanu PF is going for broke and it will be a difficult terrain for the opposition going into the elections and this casts doubts of a free and fair election,” he said

Meanwhile, Ncube has been accused of teaming up with his alleged ally Tawanda Karikoga to create parallel Zanu PF structures in the Midlands province.

He also stands accused of denigrating senior party members in the province such as Zimbabwe’s ambassador to Mozambique Victor Matemadanda.

“Several Zanu PF members are frustrated because of Ncube and Karikoga. They are going around Gokwe South imposing people aligned to them,” the source said.

Zanu PF chairperson for Marungu district in Mapfungautsi constituency, Mabasa Matsina said: “I was removed for no apparent reason without any hearing or complaint. He (Karikoga) wanted to install his point man.”

Contacted for comment Karikoga  said Matemadanda should confront Ncube over the allegations.

“He should face Ncube not me because I am his junior,” Karikoga said.