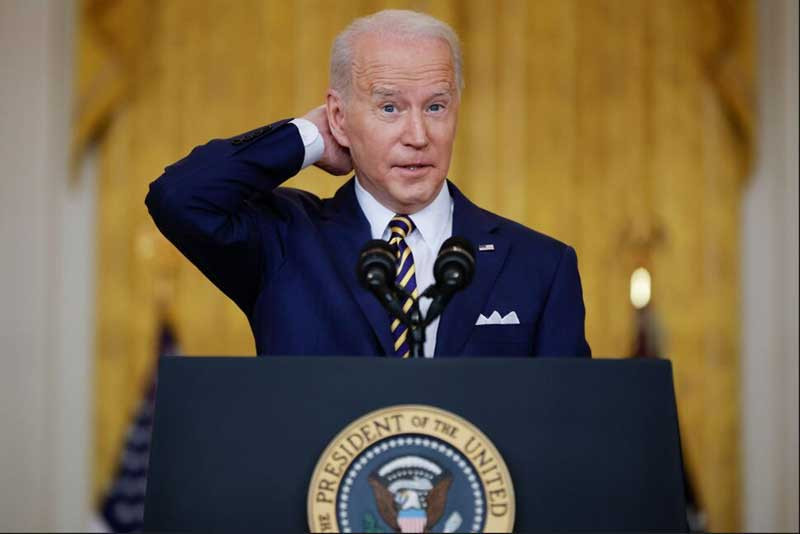 United States President Joe Biden, despite his bravado speech last week imposing the most severe sanctions against Russia, finds his ship of state sailing straight into some severe headwinds both in Europe and at home.

African leaders will have no problem in understanding this resentment. The problem with US policy is that when the US is friendly to certain countries, it wants everybody else to follow suit. Then when it changes course, it wants compliance from everybody else.

This has been the case at the United Nations these last two months. Russia and China were friendly countries to the US, now the US is changing course, it wants very other country to do likewise.

Former German chancellor Angela Merkel expressed frustration with US grandstanding. It began in May 2017 at the G-7 Summit in Berlin. Then President Donald Trump bullied and humiliated Merkel and other European leaders into contributing more to the costs of US occupation troops in Europe. The US has 50 000 troops on German soil.

Trump added another threat.  Germany must abandon its Nordstrom 2 pipeline from Russia. This is what Merkel said a week after the nasty interaction with the Americans.

“We Europeans must really take our destiny into our own hands, of course with friendship with the US, friendship with Great Britain. With other neighbours wherever possible, also with Russia.” (Reuters May 30, 2017)

Merkel, addressing an international group at the Helmut Kohl Foundation, two weeks ago, said some bad words. The US leadership, through the military alliance, NATO, is based on “dominance” and bullying (her words).

If Europe is to find her own identity, it must wean itself of US leadership and dominance of NATO. Peace in Europe requires the cooperation of Russia.

The US interests (read capitalists) are the beneficiaries of constant upheavals in Europe, as indeed is the case in the Middle East. By blowing up the Nordstrom pipeline which transports Russian oil into Germany, US interests have benefitted the most by selling oil products at three times the price prevailing in the US and seven times that of Russia. These are curse words.

This is a classic interpretation of imperialist policy. The British Commonwealth sent 400 000 soldiers to South Africa in the Boer War (1899-1902) to defend the interests of Anglo-American gold mining capitalists and the Baring Bank of England.

Pope Francis has expressed the belief that NATO expansion to Russia’s borders is provocative and therefore the US bears some responsibility for military installations in Poland and absorbing the Ukraine into its NATO orbit of military readiness against Russia.

Take a similar view of Russia building military bases in Mexico and Cuba, you see the Pope’s idea of provocation.

Biden has sanctioned the Russian Reserve Bank and banned its operations through SWIFT, a mechanism that enables international financial transactions. Biden has no mandate from the United Nations.

He has banned the use of US dollars in buying Russian oil. This sounds clever but may have long-term negative effects. The US dollar is magic money. It has no basis in gold or any other tangible wealth. If the Chinese and Russians keep their alliance, and their populations make up one third of the world population, they can use the Yen or Rubble as an exchange value, thus destroying US dollar monopoly.

I was not able to read the name of an exegete (an interpreter). Huge influx of refugees from Africa and the Middle East has destabilised Europe and Britain.

US policy is the underlying cause of keeping the pot boiling.

The invasion of Iraq by US president George Bush (2002) and Britain’s Tony Blair was based on a made-up story by the US Secret Service. Three million people were left destitute and 300 000 more died from NATO bombs. Bush and Blair have not been brought before the International Criminal Court of Justice.

The war in Syria, under US president Barack Obama (2008-2016) was spearheaded by the US Secret Service with the connivance of Saudi Arabia to remove Bahir Al Assad. Three million refugees fled to Europe from there.

Now, I understand why the exegetes remained in the shadows. Perhaps he did not want to give his name. The list goes on and on, Libya and Afghanistan are part of the story.

Britain, fearing this never-ending influx of refugees, broke way from the European Union. Merkel implies that US policy of destabilising foreign countries is aimed at gaining advantages for its capitalist interests.

Biden’s Democratic Party is the brainy one while the Republicans are the “stupid” party. But Biden’s economic and social policies have turned out to be too clever for nothing.

Black Lives Matter, an affiliate of the Democratic Party was correct in calling attention to the plight of juvenile blacks at the hands of the police. Add to this Critical Race Theory which says that the police are an institutional enforcer of slavery. Police in general have lost their reputation as a noble career.

The Federal Bureau of Investigations has noticed a spike in police suicides, enough to cause alarm. Of the 980 000 police in the US, resignations and early retirements have left a vacuum of 200 000 vacancies. New York Police are giving away US$20 000 enrolment fee for new recruits.

The mother of all stupidities was Biden’s attack on oil production, which he accuses of causing global warming. Just by that one stroke of a pen, California has reported a price hike to US$6 per gallon today as I write, from US$2 per gallon two years ago. This economy moves on the 18-wheeler trucks. The mid-term elections are three weeks way. Every which way you look, Biden may lose his majority in Congress.

Ken Mufuka is a Zimbabwean patriot. He writes form the US.

How the accounting profession is key to Zimbabwe’s sustainable economic development
The public sector cannot meet this challenge without substantial support from private investors.
Standard People
By Kevin Dancey and Bruce Vivian
Jan. 31, 2023

By Kevin Dancey and Bruce Vivian Jan. 31, 2023
How the accounting profession is key to Zimbabwe’s sustainable economic development