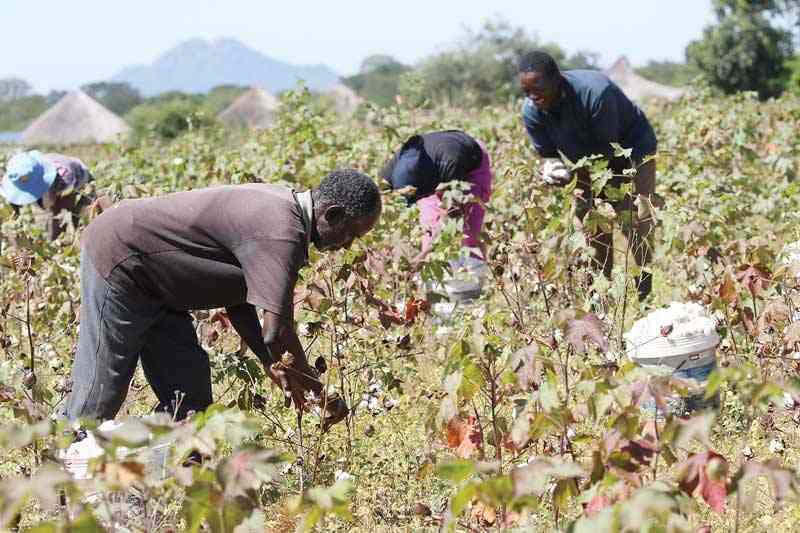 THE Agricultural Marketing Authority (Ama) has intensified its bid to curb side marketing cotton which it says has become a major challenge.

It takes place when a merchant buys the crop from uncontracted farmers or when a farmer chooses to sell to another merchant.

In an interview with NewsDay Farming, Ama chief executive Clever Isaya said initiatives had been implemented to curb side marketing.

“The issue of side marketing in the seed cotton industry has been on the top of the agenda for Ama. This year, a number of initiatives have been implemented to curb side marketing. It will be of interest to also mention that the inaugural official launch of the seed cotton marketing season was held on June 25, 2022,” he said.

“The Minister of Lands, Agriculture, Fisheries, Water and Rural Development, Honourable Dr (Anxious) Masuka officiated at the event and laid out clear expectations on the marketing of seed cotton.”

Isaya said several initiatives had been employed to deal with side marketing in cotton production.

“Regulations were revised to strengthen the regulatory capacity and these include, Statutory Instrument 118 of a 2022 gazetted on June 27, 2022, clean and verified farmer database through the Civil Registry Department,” said Isaya.

“A database is being used at all common buying points, Ama has deployed clerks at all common buying points who verify all the details before any sale proceeds; joint enforcement measures with law enforcement agencies for all seed cotton marketing outside approved points; all movement of cotton is done after Ama issues a movement permit and all cotton merchants have signed an MoU [memorandum of understanding] outlining all expectations and pledging good business practices.”

He continued: “Due to the measures put in place, we have already seen a marked decline in incidents of side buying and side selling of seed cotton this season.”

Isaya added that the Zimbabwe Mercantile Exchange Private Limited was also introduced to deal with challenges encountered by farmers in the marketing of their agricultural produce.

“The commodity exchange was designed to curb warehousing and price discovery challenges relating to agricultural commodities, which local farmers encounter in their operations,” he said.

“The initiative also seeks to deal with challenges encountered by farmers in the marketing of their agricultural produce, which includes limited and often costly logistics, inappropriate or inadequate storage facilities.”

He said Ama was actively involved in setting up and operationalising the exchange and fully supported and promoted the establishment of organised agriculture marketing platforms as they unlocked a number of opportunities both downstream and upstream for the farmers.

Farmers in several agricultural sub-sectors have also reported a drop in production during the 2021/22 farming season due to erratic rainfall.

Cotton has traditionally been resilient to harsh weather conditions.

“The 2022 tobacco auction floor marketing season has ended, although contract sales are expected to continue as up to 95% of tobacco farmers were financed by contractors. The government has extended the cotton marketing season beyond the traditional closing dates of mid-August due to delayed planting and harvests in some areas,” reported the United States Agency for International Development in its latest food security update.

“Despite below-normal 2022 production, tobacco and cotton incomes are expected to be key sources of income in producing areas, thanks in part to significant crop inputs provided by the government which reduced production costs. Nearly 85% of cotton farmers were reportedly assisted with inputs from the government. This year, 75% of tobacco and cotton farmers’ payments were in United States dollars, which helped enhance income.”

Cotton, together with tobacco, remains important sources of income for small holder farmers owing to these cash crops being export revenue generators.

Apart from the low rainfall, the drop in cotton production was also underpinned by a fall in the number of farmers signing up for contract farming projects, according to data from Ama which showed that the number of contract growers fell to 332 212 in the 2021/22 season, compared to 335 022 previously.